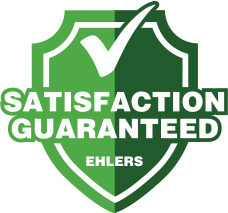 If you have a boxelder tree in your yard, you could have a boxelder bug infestation in your home. These little black and orange-red bugs can be a nuisance and often appear in large swarms, making them difficult to remove entirely. That’s where Ehlers Pest Management can help. We offer comprehensive, no-nonsense pest control services throughout the Southeast Wisconsin area. Our exterminators use environmentally-friendly pest control techniques and organic formulas to get rid of boxelder bugs, ensuring your pets and children are safe from any harmful chemicals and pesticides.

To help you keep your home or office building pest-free, our team of pest control professionals will: 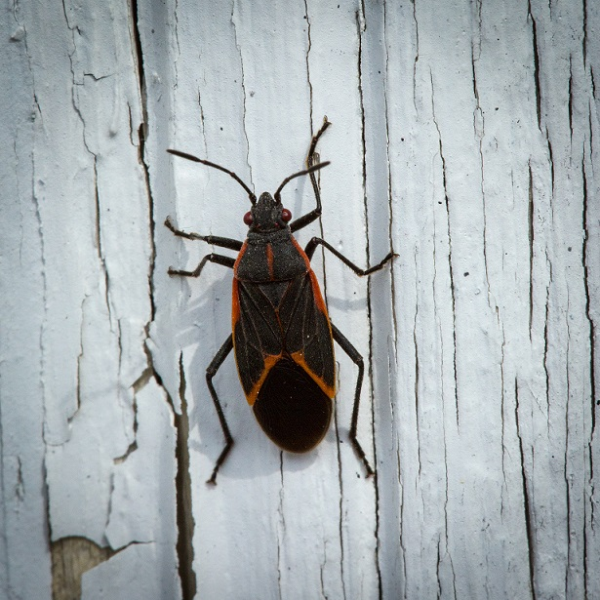 Signs You May Have a Boxelder Bug Infestation

The boxelder is a species of North American tree bug typically found on boxelder trees. Adults grow to around ½ inch long and are dark-colored with red markings on the wings and abdomen. Their primary source of food is the sap from boxelder leaves, seeds and twigs. Though boxelder bugs feed on ash or maple trees, they inflict no serious injury to the trees.

These bugs don’t harm plants, animals or humans, however, when the weather turns cold they will come through any crack in a home’s exterior to find a warm place for winter. If their hiding place warms up, they think it's spring and will become active. Homeowners often find boxelder bugs congregating in warm, sunny spots such as windowsills with southern exposure. About the worst damage they do is staining curtains, window ledges and walls with their excrement.

Once out of their hibernation spots, they only live a few days. They do not reproduce indoors, so you don’t have to worry about 10,000 baby boxelder bugs coming from every egg-laying female.

Is the Box Elder Bug the Same As the Stinkbug?

Despite what some may say, the boxelder and the stinkbug are not the same. The stinkbug has a noticeably broader body with a shield shape and shorter legs. Its mottled brown to green coloration makes it virtually invisible on a tree trunk. The reason people think they are the same is that both will emit a similar foul odor if crushed. Some liken it to rotten cilantro. Both types of insects do also tend to gather in warmer shelters, like your home, in order to avoid over-winterization.

For large infestations of boxelder bugs, a professional exterminator may be necessary. By treating the perimeter of your home with pesticides known to deter boxelder bugs, we can make your home less appealing to these bugs. Our Integrated Pest Management (IPM) approach focuses first on using non-toxic approaches to control and eliminate infestations. Customers like the idea of not having toxic chemicals around their homes, and our organic approaches leave a residue that continues to control the boxelder population for weeks after application.

Keep boxelder and other bugs out of your home by sealing all openings with caulk and repairing any cracks or holes around the exterior walls of your home. Also, since these bugs tend to gather on south and west-facing walls before working their way into any opening they can find, it's a good idea to spray those walls with soapy water in the fall.

Effective Pest Control Without the Drama

Ehlers Pest Management is committed to providing flexible pest control solutions without the nonsense other companies like to throw at you. Most pest control companies are after the fastest “solution” that isn’t the most effective, all to rush to their next job and churn new clients. At Ehlers, our only focus is eliminating your pest problem once and for all. There are no gimmicks, just honest boxelder bug extermination. Working with Ehlers Pest Management is a straightforward process thanks to automated billing, digitized and detailed reports, world-class software, and real-time reporting. 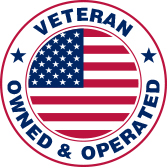 Thank you for your service

Ehlers Pest Management would like to thank all active and retired military service members for their service to our country!