If you’ve ever poured out a cup of flour while baking, only to find it full of little creepy crawlies, you know exactly what a nuisance pantry pests can be. Many of these little insects are so small you don’t even know they’ve infiltrated your cabinets until you find they’ve taken up residence in a bag or box of food in your kitchen.

The professionals at Ehlers Pest Management are highly-trained in treating pantry pests in homes and office buildings throughout southeast Wisconsin. Ehlers utilizes a variety of approaches, including non-toxic products to safely and effectively remove pests without harming pets and children. 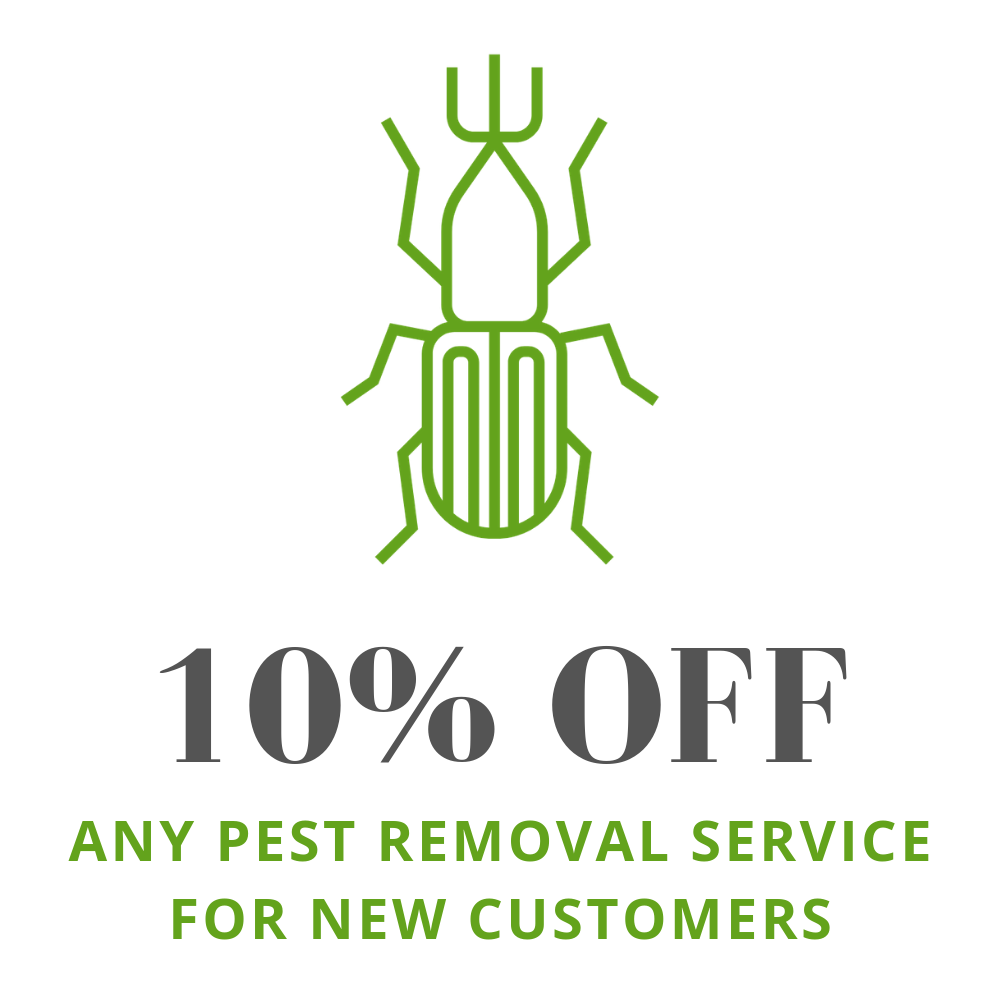 Signs You May Have a Pantry Pest Infestation

If you notice any of these signs of pantry pests in your home, call Ehlers Pest Management today to set up an appointment.

The bean weevil is an olive-colored, teardrop shaped weevil with ruddy legs and red antennae. These pests are about ⅙ of an inch in length. In pantries, female bean weevils deposit their eggs on stored whole beans. If you’re about to make a batch of beans and notice small holes on the beans, know that those holes are where the female bean weevil’s larvae have chewed their way into the beans. The bad news is that bean weevil populations can number in the thousands. The good news: Our Milwaukee pest control specialists will wipe them out. Because bean weevils are so small, most homeowners aren’t even aware they are in their kitchen. The first sign of an infestation is usually several rogue bean weevils flying around your kitchen, followed later by hundreds more—usually congregating near windows or other well-lit areas.

Rice & granary weevils are internal feeders whose larvae matures in whole grain kernels. Rice and granary weevils are ⅛ inch long and dark brown with light patches speckling their wings. Though found worldwide, granary weevils generally prefer northern climates while rice weevils prefer warmer southern states. Our Milwaukee pest exterminators have found granary weevils in homes and businesses from downtown to Shorewood and beyond. These pests feed on whole grains, cereal, beans, nuts, and pasta noodles in commercial, industrial and residential environments. Like other pantry pests, they are detectable by their larvae’s damage to kernels. Once the larvae develops into an adult beetle inside the kernel, it chews its way out. The distinct round exit hole they leave in the kernels is a sure sign of infestation.

The cigarette beetle is shiny, light brown, about 1/10 of an inch long with a barely visible, bent down head, which gives it a distinctive “humped” appearance. Although originally named for its propensity to burrow in dry tobacco, the cigarette beetle found in Shorewood and throughout Milwaukee infests food products like dried peppers, nuts, cereals, spices, raisins, seeds and dried flours and pet food. Cigarette beetles also love munching on floral displays and their larvae will sometimes feed on furniture stuffing. Around Shorewood, adult cigarette beetles can be found flying in dimly lit environments year-round, especially in autumn and winter. If you’ve seen them around your house, it’s time to introduce them to our pest control specialists.

The dried fruit beetle is an oval-shaped, black insect with amber or yellow spots on its wings, legs, and antennae. They are usually about 1/8 inch long and are found all over the world—particularly around fruit producing facilities. These beetles love ripened and dried fruits, figs, dates and raisins. Females deposit over 1,000 white eggs on ripening fruit trees, which cause infestations in fruit processing facilities before the fruit is ever processed or stored. Dried fruit beetles can contaminate fruit with bacteria and other diseases. We rarely encounter these beetles, although they have been occasionally found in homes throughout the area.

The drugstore beetle is a reddish-brown to dark brown, sphere-shaped beetle measuring 1/10 to 1/8 inches. It has a non-visible, humped-over head. Named for its tendency to infest medicines, powders and foodstuffs sold in drugstores, it also feeds on spices, cereals, pet food and other dried foods. Although usually found chomping away in packaged goods inside pantries, our pest control experts note that their presence is often detected by damaged book bindings (something else they find tasty). Drugstore beetles are found worldwide, although they usually only make an appearance in our area during the warmer months.

The larder beetle is a ¼ to ½ inches long, black beetle with yellow bands crossing its wings. It is named after its tendency to infest commercial and industrial sites where there is cured meat, animal protein and other stored foods. In homes, larder beetles infest dark areas where they can feast on dead insects and stored meat and cheeses, though pet food, and animal skins, horns and feathers are also on its menu. Our exterminators often find them in attics and crawlspaces feasting on dead rodents, birds, and insects. We have encountered them from downtown Milwaukee to Shorewood and nearby communities.

These are actually two types of beetles, although both are reddish-brown and measure about ⅛ inches long with flattened bodies that make it easy for them to get into food packages. The difference between the two is that red flour beetles fly and prefer warmer states, whereas the confused flour beetle doesn’t fly and resides in the north. Both types of beetles feed on the flour, cereal, and stored food products found in homes, supermarkets and food processing facilities. Flour beetles are scavengers, incapable of feeding on whole grains until another insect penetrates the kernels first. If you notice a grayish tint on your grain and flour products, there’s a good chance you may have an infestation. The food product may also have an unpleasant odor from the secretions flour beetles emit. Around the North Shore neighborhoods like Shorewood, we primarily deal with infestations of confused flour beetles.

Warehouse & cabinet beetles are oval-shaped and dark brown with varying shades of tan and yellow wing markings, measuring ⅛ to ¼ inches long. These beetles frequent warehouses to fulfill their ravenous appetites, consuming everything from candy and cookies to fish meal, pasta, and insect and animal carcasses. Both of these beetle types thrive hroughout the United States and in seaports worldwide. Warehouse beetles are one of the most common beetles found in homes, feeding on rodent and insect carcasses, animal fur, wool, skin, and feathers—usually in basements, attics, and crawlspaces. The larger cabinet beetle is a known seed collection pest and is typically found in piles of corn, rice, and wheat as well as in wool clothing. With a natural affinity for the outdoors and superb flying ability, warehouse and cabinet beetles often evade less experienced pest exterminators. However, they are no match for our pest control experts.

Clothes moths are notorious for ruining wool clothing, as well as other materials such as silk and felt. They prefer animal-based fabrics over synthetics and are known to feast on carpets, comforters, pillows, coats, blankets and sweaters. Despite their name, and their preferences for fabrics, these moths also have an appetite for bran, semolina, flour, biscuits and casein—so they are often found in kitchens as well as closets throughout Milwaukee and north shore neighborhoods like Shorewood.

Distinguishing clothes moths from food infesting moths can be a little tricky. Our Milwaukee pest control experts point out that at 1 to 2 inches, clothes moths are smaller than food moths. They have a dull, yellowish-beige color with rotund, furry bodies. Whereas food moths are attracted to light, clothes moths prefer dark areas like closets, attics and basements. They hide in folded fabrics and corners. Interesting fact: The cloths moths’ larvae are responsible for destroying fabrics.

The Indian meal moth is gray, with copper stripes on the front wing tips. These are likely the world’s number one food-infesting moth. Like other food moths, they prefer lighted areas. Homeowners and grocery store managers usually find them in dried fruit, pet foods, cereal and flour. Outdoors, Indian meal moths can be found eating food from rat and squirrel nests. The larvae of Indian meal moths are responsible for ruining food. After the female Indian meal moth lays her eggs on food, the larvae hatch and remain in the food, spinning silken webbing as they eat. When full grown, they leave the food to spin a cocoon. Our exterminators often find these cocoons behind appliances and picture frames, as well as on the walls and ceilings of kitchens and pantries.

The Mediterranean flour moth is dark gray with black markings on its front wings. The moths reach up to ⅝ inches long and are found throughout the United States. True to their name, they are renowned for infiltrating flour mills and warehouses. As a typical food moth, it has a taste for flour, cereal, dried pet food, flowers, fruit, and other stored foods found in supermarkets, drug stores, restaurants, and homes. These moths are usually detectable by the presence of larvae on or near stored food items as well as cocoons.

For more identification tips, check out our pest identifcation guide.